As well as my nursing and health work, I have many other passions.

I love words – speaking them, writing them, reading them, hearing them - and literature is one of my lifelines. I cannot do without my bedtime novel or my regular fix of seeing a Shakespeare play. I also love music, from Vivaldi to Van Morrison.

I grew up in Brighton and had a quaint old cottage in the Sussex village of Piddinghoe. I am very attached to my Sussex roots and moved to Lewes in 2015 after 20 years based mainly in London. There’s nothing more exhilarating than a walk on the South Downs - Britain's newest National Park - and enjoying a pint of Harvey's bitter at the end of the trail. Or dodging the sea spray in winter as the waves break over the Palace Pier. I'm a Friend of Charleston, once the Sussex home of Bloomsberries Vanessa Bell and Duncan Grant, and its annual festival of books, ideas and life is a highlight.

I'm also a wanderer, and love remote places and different cultures. Through my travels for WHO I explored and adored many aspects of the former Soviet countries, including Central Asia and the Caucasus. After years of wanting to go, I finally visited Mongolia, where the Orkhon Valley is an earthly paradise. My favourite cocktail spot is the verandah of my friend Annie's house in the high desert of north New Mexico, watching the thunderstorms roll by and the stars shine bright.

Holistic holidays on the Greek island of Skyros have always refreshed my mind, body and spirit. I published a book about it in 2011 – a brilliant excuse for ‘research trips’. You can download free extracts from Skyros: Island of dreams at www.skyros.com

And…then there’s Arsenal Football Club. Though I was a youthful supporter of Brighton and Hove Albion, my husband and I moved to Highbury in 1996 at the same time as Arsène Wenger arrived to manage the club, so our fate was sealed, or so it seemed. You’ll never catch me wearing a replica shirt, I remember saying...though now I'm in Lewes, the Seagulls play only four miles down the road, and now they are in the top division, who knows? Meanwhile Lewes FC, the Rooks, are the first in the world to pay their women players the same as the men. It's owned by the community and I'm one of the shareholders. 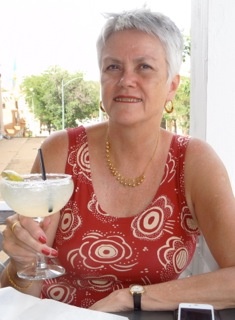 Margaritas in Santa Fe, New Mexico, for my 60th! 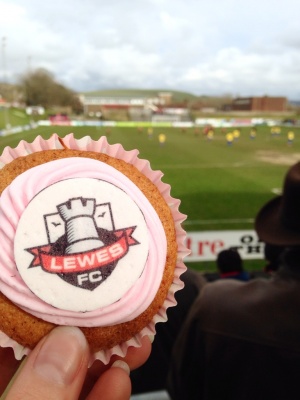