My career to date

Nursing and healthcare have been the driving force of my career ever since I trained as a nurse in the late 1970s. My first degree was a BA (Hons) in English Literature from Newnham College, University of Cambridge. I then qualified as a Registered General Nurse at the Princess Alexandra School of Nursing, The London Hospital, England, and worked there as a staff nurse. I began writing for nursing magazines as a way of encouraging debate and change, and then trained and worked as a journalist.

Later I gained an MSc in sociology with special reference to medicine from Royal Holloway and Bedford New College, University of London.  My dissertation caused a bit of a stir, and was written up in ‘The New Nursing: empowering patients or empowering nurses?’ in Robinson J, Gray A and Elkan R (eds), Policy Issues in Nursing, Open University Press, Milton Keynes, 1992. I am Writer in Residence and visiting professor at Kingston University and St George's, University of London. I am also visiting professor at ESEnfC (School of Nursing), Coimbra, Portugal.

Nursing and healthcare development in the UK has been an important strand of my work. My policy work includes the Prime Minister’s Commission on the Future of Nursing and Midwifery in England, 2009-2010, and the Willis commission on nursing education, 2012. As director of the Nursing Developments Programme at the King's Fund, London, 1988 – 1991, I led the national roll-out of practice-based projects that focused on supporting front-line staff to deliver patient-centred care.

I’ve also worked extensively overseas. As Regional Adviser, Nursing and Midwifery, at the World Health Organization Regional Office for Europe, 1991 – 1995, I supported nursing leaders in 50 countries and helped the revival of nursing and midwifery in former Communist bloc countries. I served as Chief Scientist for Nursing at WHO Headquarters, Geneva, in 2004. I continue my consultancy for WHO and other international health agencies. As a policy advisor to the UK All-Party Parliamentary Group on Global Health, I worked closely with its chair Nigel Crisp on an influential review of global nursing, Triple Impact, which provided a springboard for the Nursing Now campaign launched in 2018.

From 2016 I have been programme director of the Global Nursing Leadership Institute, run by the International Council of Nurses. I'm at the stage of my career (and life) where I enjoy helping the next generations and passing on what I've learned, while continuing to be a curious learner myself. 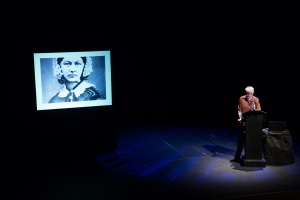 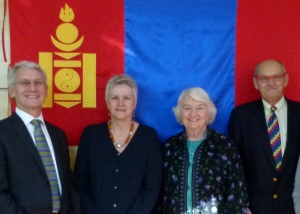